赤子心 看世界 See the World through the Eyes of a Child 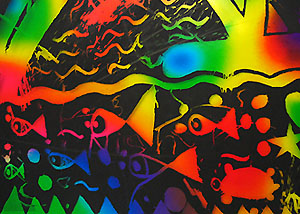 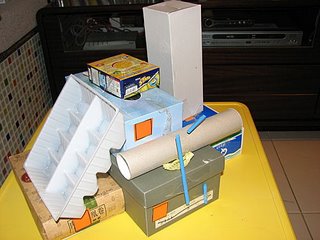 See the World through the Eyes of a Child

This is Chung's second year in kindergarten. Chung is the little boy of my blog-mate Sam. In order to spark the imagination and creativity of the children, the teacher had asked the parents to prepare some used paper boxes for the art class. A week later, Chung brought home the result of his own creation. It was made up of a pile of boxes, with an cuboid piece standing upright on the top at the middle, and a plastic biscuit packaging tray placed at an angle to the horizontal at the front. Sam had absolutely no idea what it was supposed to be until Chung told him that "it is a ferry pier, Dad". "Speechless with a wide-opening mouth" was Sam's immediate reaction, but he managed just in time to make up a white lie by praising the boy of being creative and smart, something very important in nurturing the boy's self-esteem and creative mind.

By looking at the picture of Chung's creation, I found that he was actually rather thoughtful. It made me think of the old Star Ferry Pier at Central, since I could see the central upright cuboid piece being the Clock Tower. Unlike the adults, children have a much simpler view of the world. They only see the main part(s) of each thing. When my nephew was three, his drawing of a fish was always an ellipse with a triangle on one side, high-lighting the two main physical features of a fish, the round and stream-line body with a triangular tail for swimming. It was possible that the recent frequent appearances of the Star Ferry Pier Clock Tower on the news or the pictures of that being shown by the teacher in the art class had impressed Chung so much that the idea of "Clock Tower = Ferry Pier" had rooted. Using the biscuit packaging tray to represent the steps in front of the pier showed Chung's ability to correlate the similarity between the two – both being step-shaped.

My colleague told me an interesting story about her recent visit to her friend's house. Her friend had an 8-week-old son, though still a hands-and-knees crawler, was in the mood of exploring every single corner of the house. Once the baby was on the move, parents would make special safety precautions around the house in order to make it baby-proofing. However, there would always be something that had been overlooked. When my colleague entered the house of her friend, he was actually crawling after his baby son on the floor, looking upwards and around from time to time like a curious baby. He was not playing with his son, as he said smilingly, but carrying out an important task - checking out all spots of potential dangers to a crawling baby in the house, and the best way to spot potential dangers is to get down on one's hands and knees and crawl around looking at the house from a baby's eye view. See the world through the eyes of a child, and that is the only way you can truly understand his/her mind.

After all, we all have been children, but where have your pure and innocent heart of a child gone? Left in some dusty and forgotten corner of our past, perhaps .

Email ThisBlogThis!Share to TwitterShare to FacebookShare to Pinterest
Labels: 生命中的片刻 A moment in life